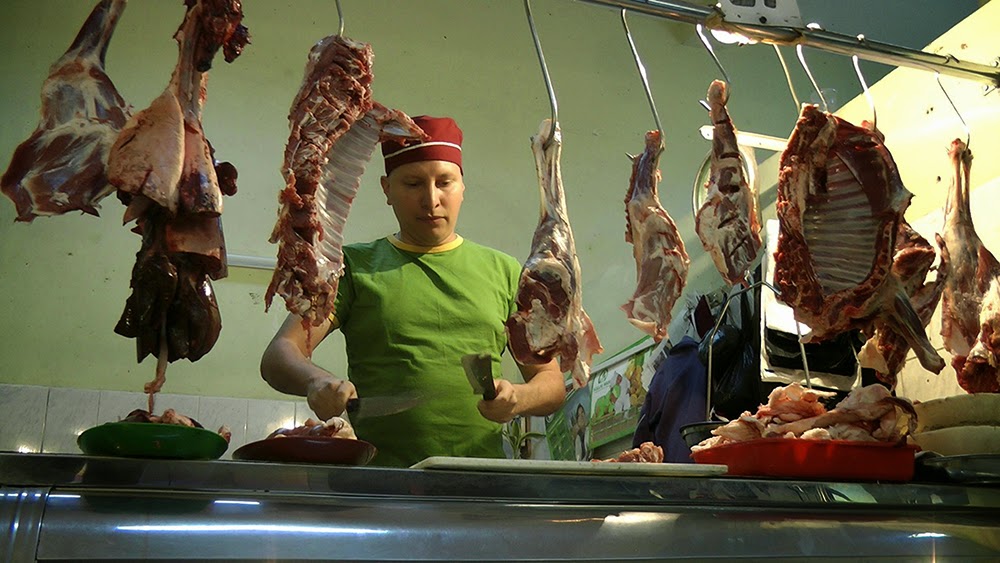 My father Cesar always thought that I would eventually assume responsibility for running his grill restaurant in Ecuador, but at the age of 20, I moved to Germany and became a vegetarian.

After a decade spent abroad in Germany, filmmaker Dario Aguirre is called home to Ecuador by his father to prevent the family restaurant from falling into bankruptcy. An already tenuous father/son relationship (Dario is a vegetarian, while his father and his restaurant are passionately pro-meat) is pulled to its breaking point as Aguirre attempts to stop the restaurant from hemorrhaging more money. As he struggles to reconcile with the culture after so many years away, he recognizes the importance of his father's business to the community in this simple, unsparing documentary.

CESAR'S GRILL - english trailer from filmtank on Vimeo.
at 10:30 AM