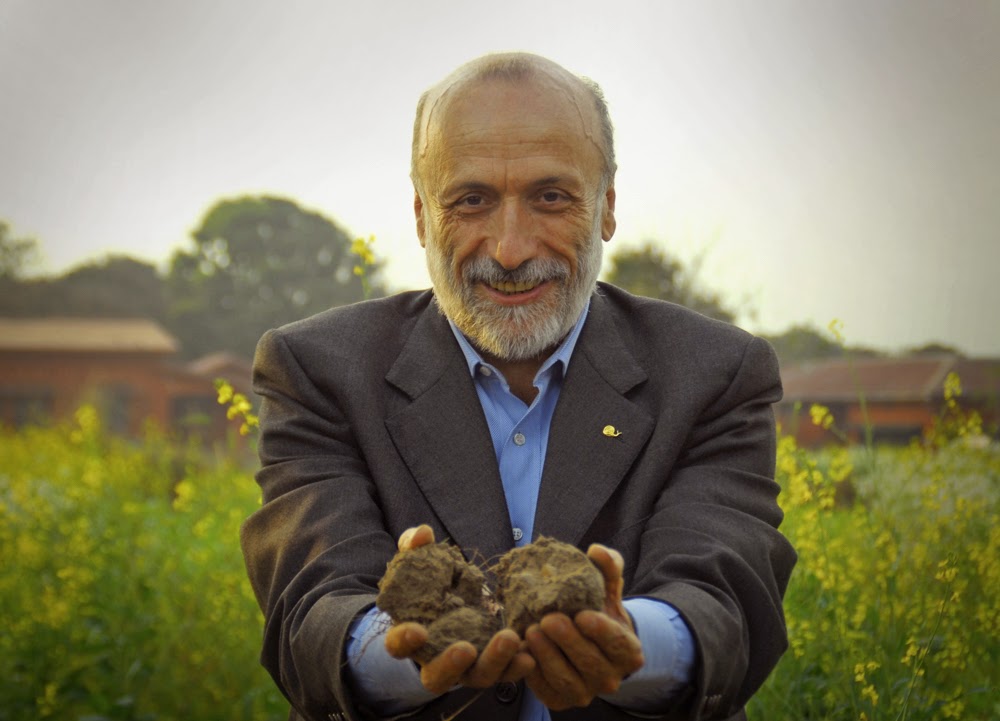 A joyous and delectable history of Carlo Petrini and the Slow Food Movement, which has grown from a small town group of friends to a worldwide revolution. -- Berlin Film Festival

Born of humble beginnings nearly 30 years ago in response to McDonald’s making its way to Rome, activist Carlo Petrini’s Slow Food Movement has since created a worldwide food revolution—local chapters spread over 150 countries with the goal of rallying against the homogenization of cuisine and cultural identity that fast food and its bland immediacy have to offer. Slow Food Story tells the story of an endlessly convivial man whose belief that "an environmentalist who is not also a gastronome is very sad" has awoken many to the simple pleasures of cooking and eating through our local ecosystems—a sustainable and delicious way of living.